We spent our last few days in India discovering Kerala, a backwater haven for travelers looking to slow down and get a taste of life on the water. The southern state has over 560 miles of interwoven bayous, lakes, and lagoons appointed by tropical greenery and bustling waterways.

Out of boat-laden Alleppey, we chartered a houseboat and spent the next 72 hours on a private 50 foot rice barge turned scallopped teak and palm hideaway with our own personal chef and river captain. We were welcomed aboard with fresh pineapple juice and laid starboard making conversation with the captain. 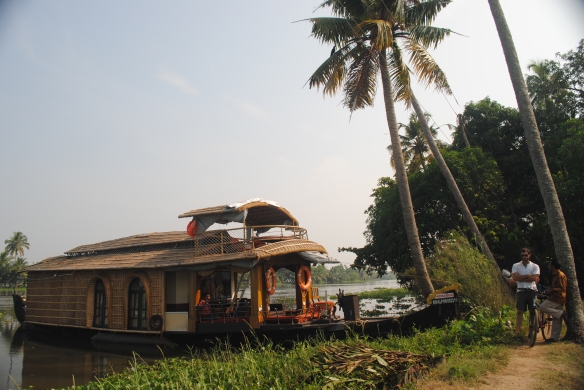 Venturing out into the dark, syrupy waters we began to see endless canals punctuated by rice fields and palm trees. The thin strips of land the palms inhabited were also single file villages where fisherman, rice workers, and small merchant shop owners lived. In one section no wider than a foot’s length, we docked the boat and scuttled down the trunk of a tree to reach the land. Each village drew a distinct line between the flowing canals and rice paddies beyond, and each one held a new experience. At one spot we bought prawns as big as lobsters, in another we got an impromptu tour of the land by a tody (coconut beer) shop owner, and at another Lee got a fishing lesson from a little boy using a homemade bow and arrow. Butterflies flitted across every pathway, women saught out shaded water in front of their homes to wash clothes, and school children shrieked as they ran to catch the dug out canoe that was their school “bus”. 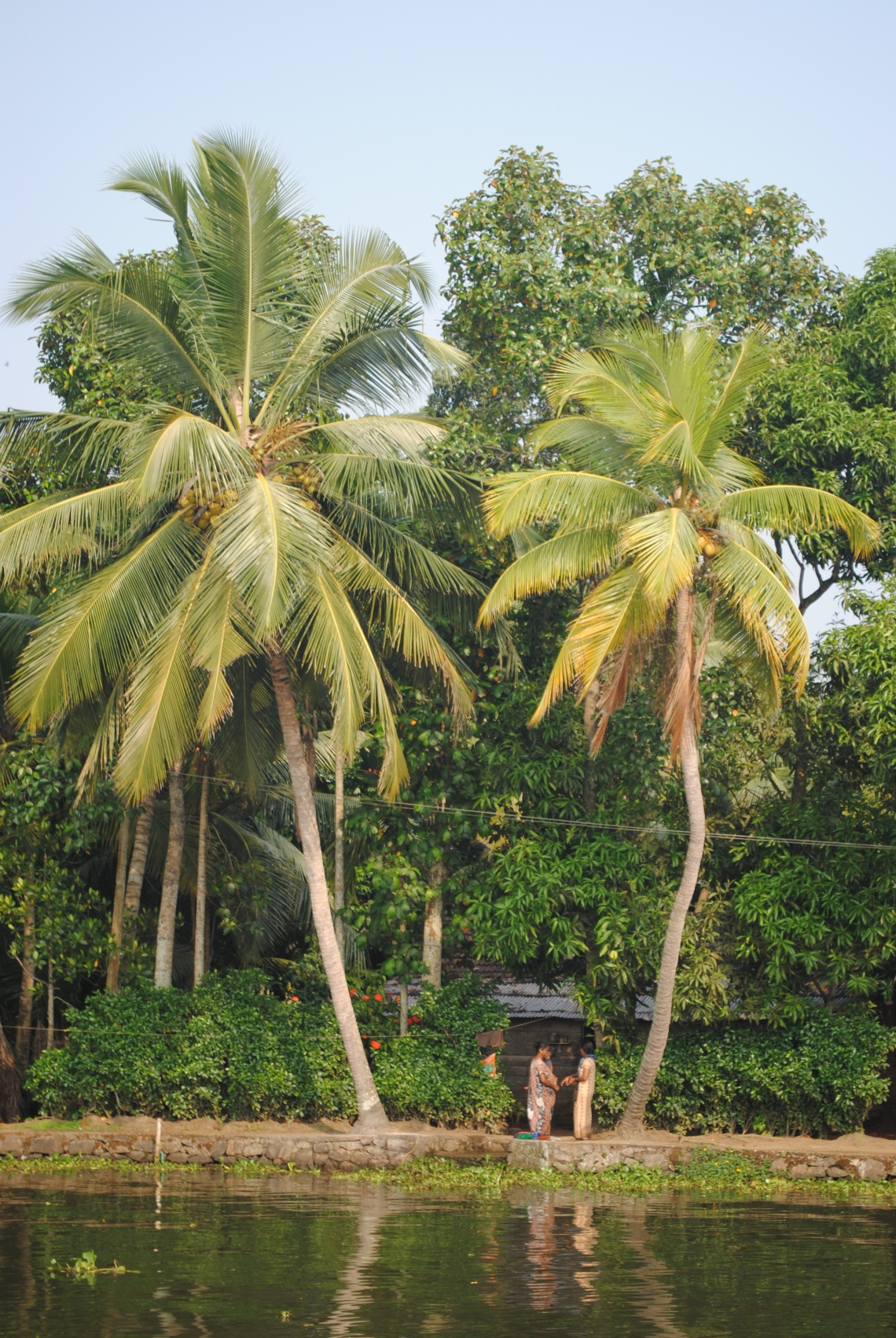 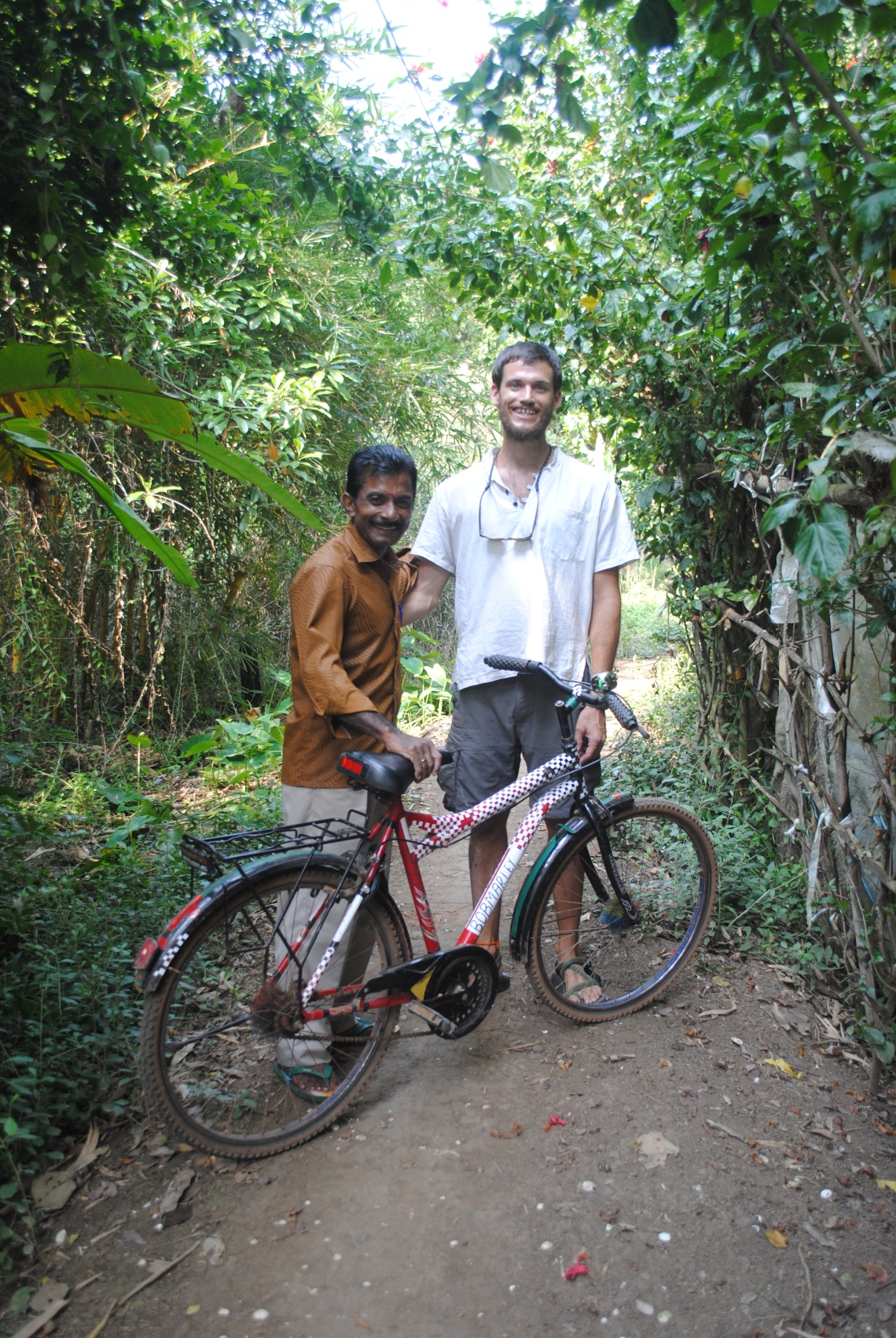 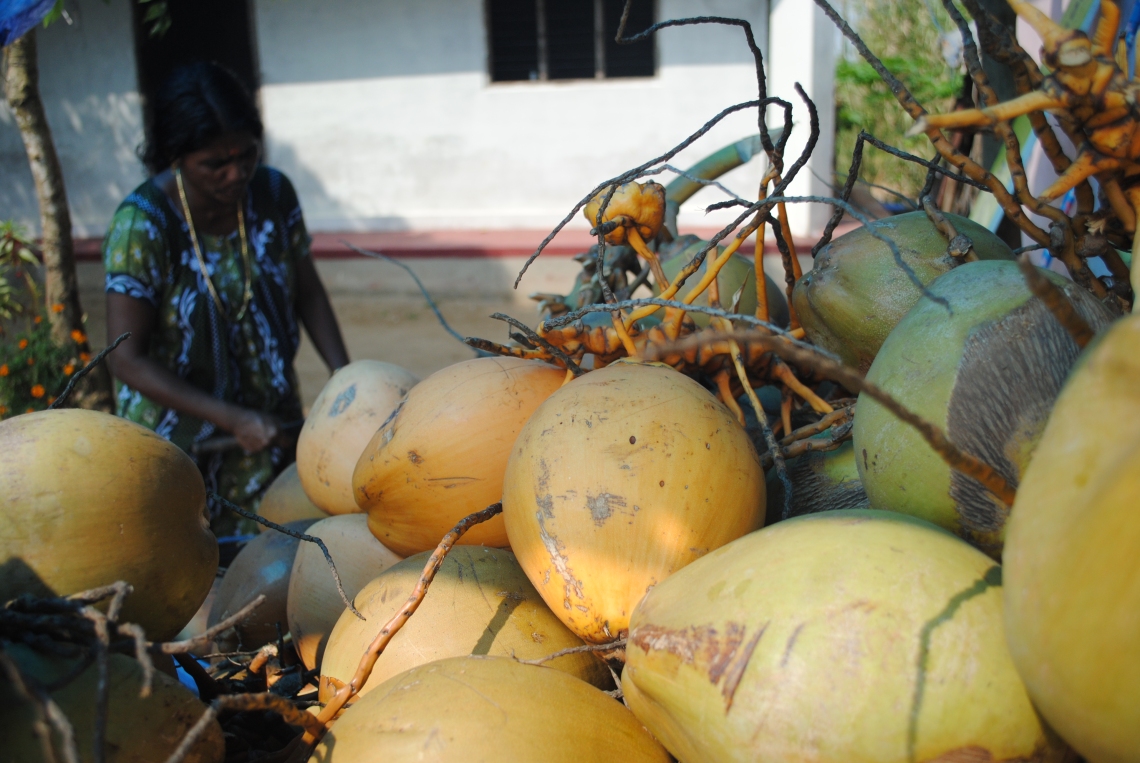 All along the waters, rice fields were in various stages of cultivation; some completely flooded, others drained with brand new sprouts, and yet others being harvested by tracked columbines. Interestingly, our captain pointed out that the different stages of cultivation are not dictated by season, but rather by the supply of labor available at any given time.

On raised levees by one of the vibrantly green paddy fields local men and women carried bundles of greenery atop their heads, piling their harvest close to the river bank. Since all of the goods coming and leaving the villages have to be ferried by boats from the lorries back in the cities, large flat loads arrived periodically on wide wooden boats replenishing supplies. 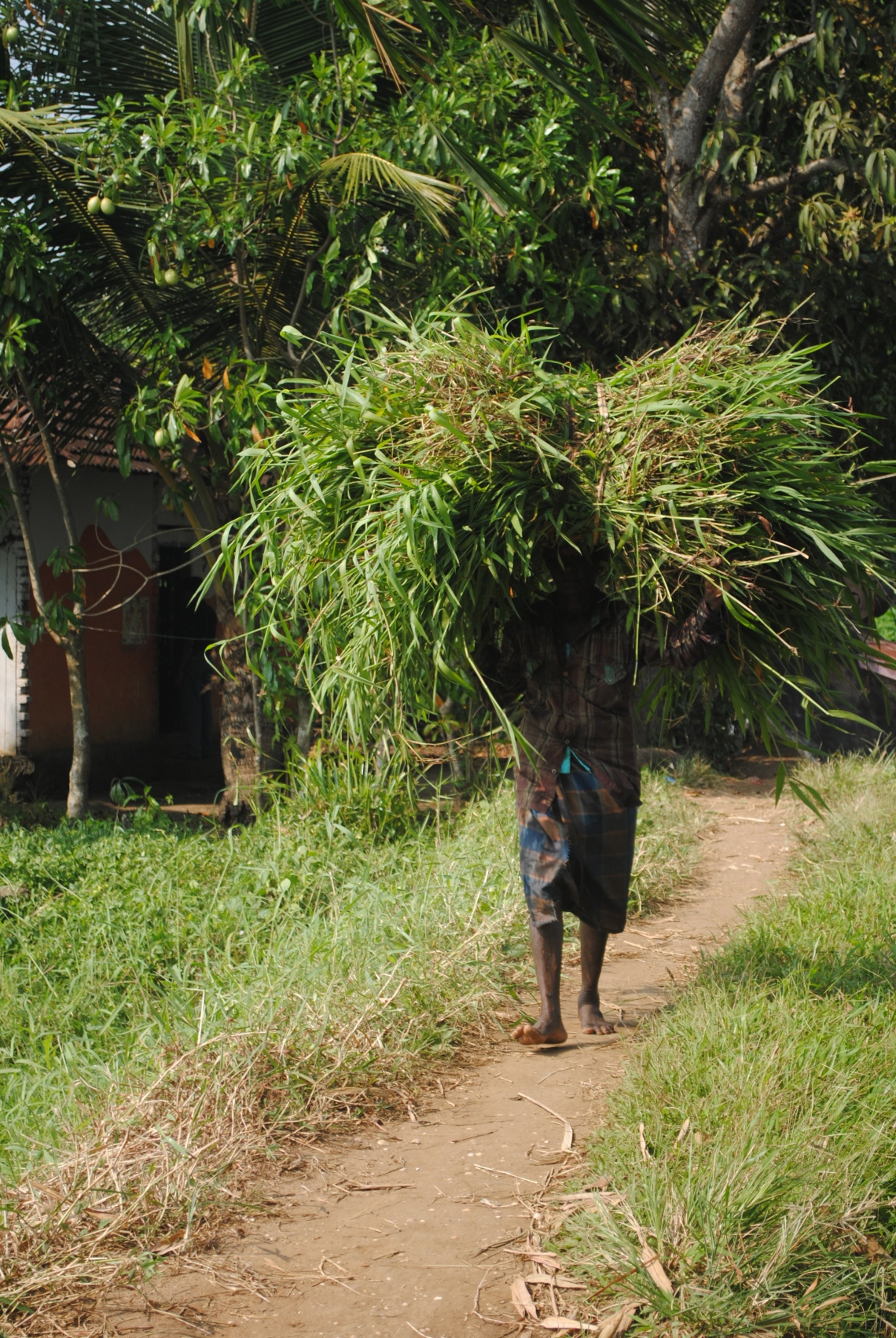 Thankfully, many of the boats use quiet engines or none at all so the tranquility remained intact with the occassional bird or duck singing into the lapping waters. Fishermen cooed as they paddled by villages in their canoes, bidding possible buyers to the water to purchase fresh from their nets the day’s catch. 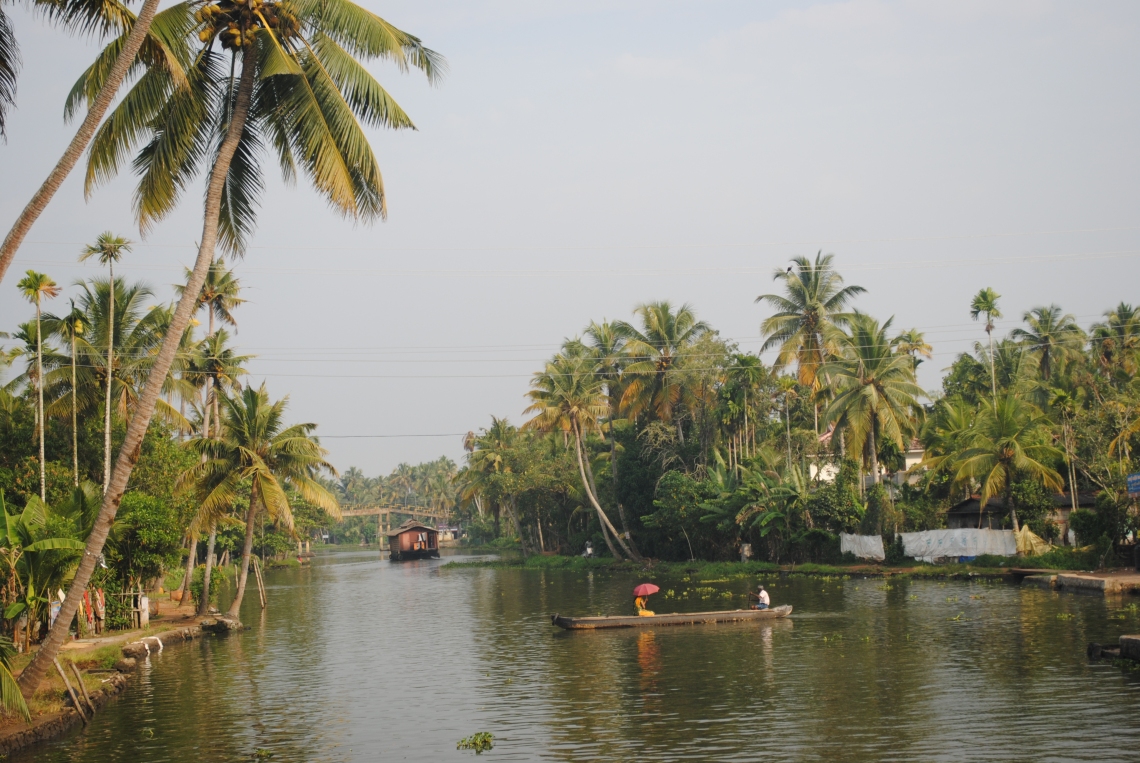 In one particularly open waterway, the captain abandoned his captain’s chair and let me take over the wheel. After a fast learning curve (slow moving 50 foot rice barges do not react quickly), I started to master steering and guided us through a lake into a narrow canal past several boats before handing the helm back over – both more impressed and thankful for our dedicated captain!

Each day we ate five course meals cooked in the small kitchen at the back of the boat by our chef. Coconut, pineapple, and melon curries, fried fish, vegetable stews, fried bananas, fat white rice, and papads (crispy lentil puffs similar to tostadas) were just a few of the items that graced our table. In between, we snacked on chai and cookies from the top deck and waved to passerbys.

At night we docked and visited sprawling Hindu temples that amplified recorded chants out over the rice fields. By the time the sun had set the bayous were lined with thousands of tiny burning candles, by now a familiar sight, illuminating the water as offerings to the gods and showing the way for the few boats still in motion. 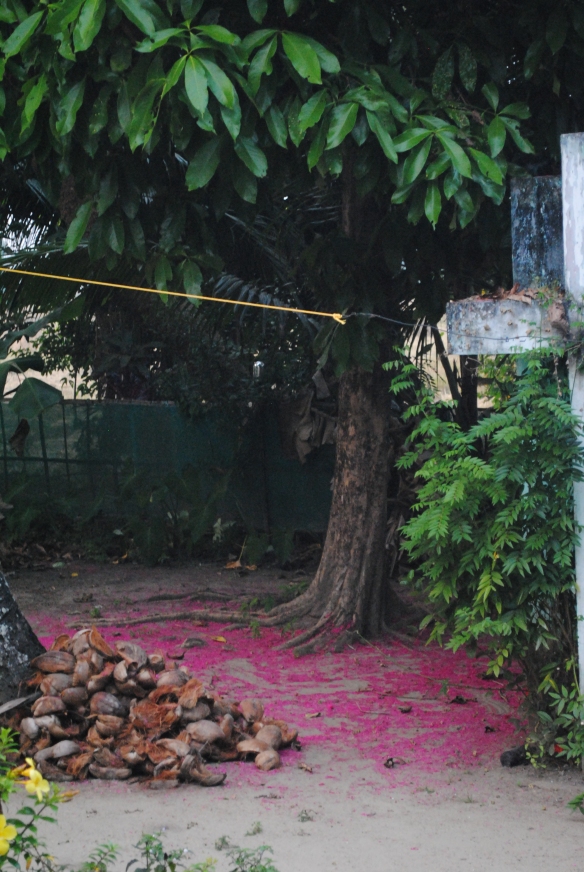 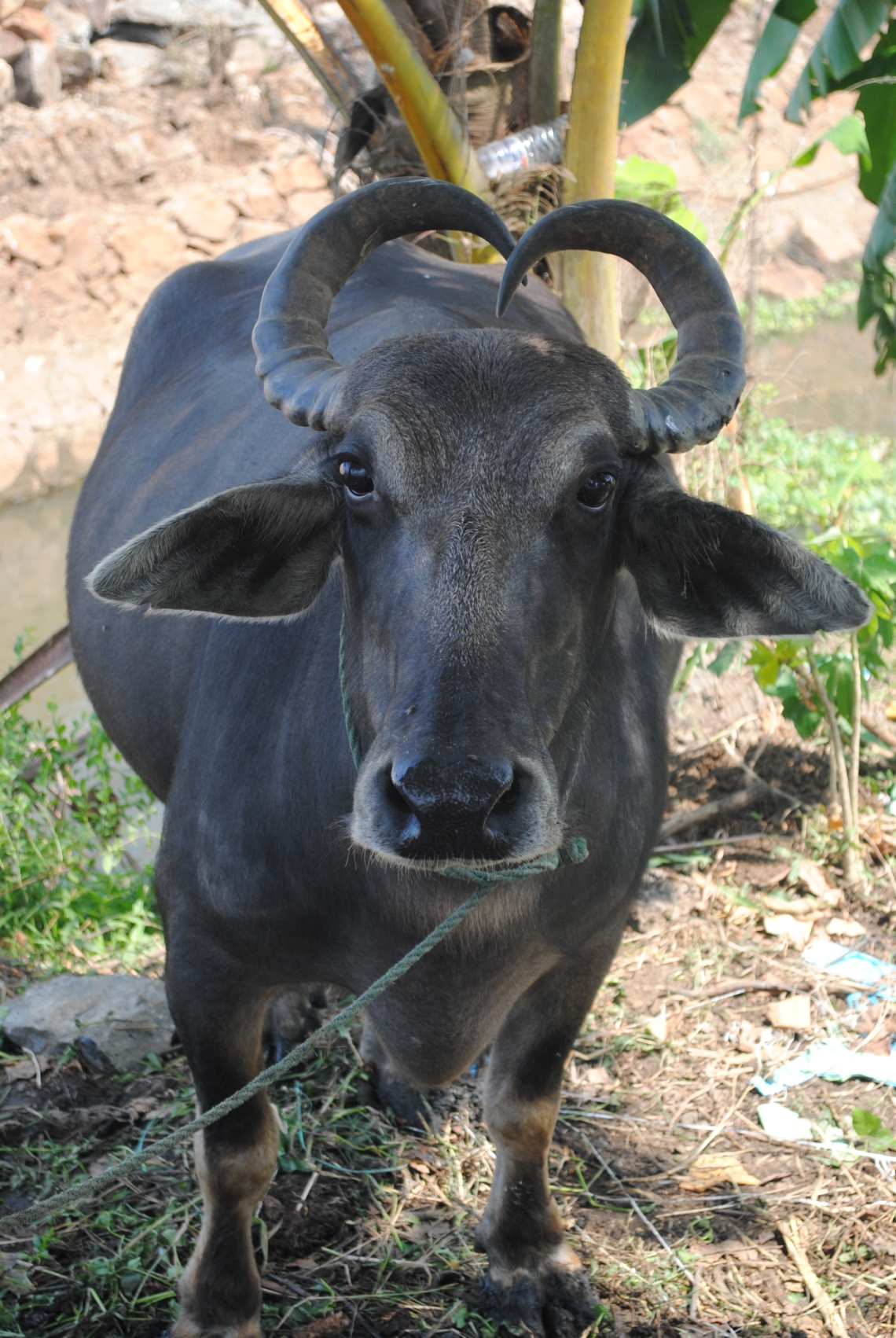 Making our way back to Alleppey past other houseboats our last morning, it seemed as if we were all part of a surreal choreographed dance of ancient hunch-backed armadillo pods floating through serene waters in search of some kind of Eden. 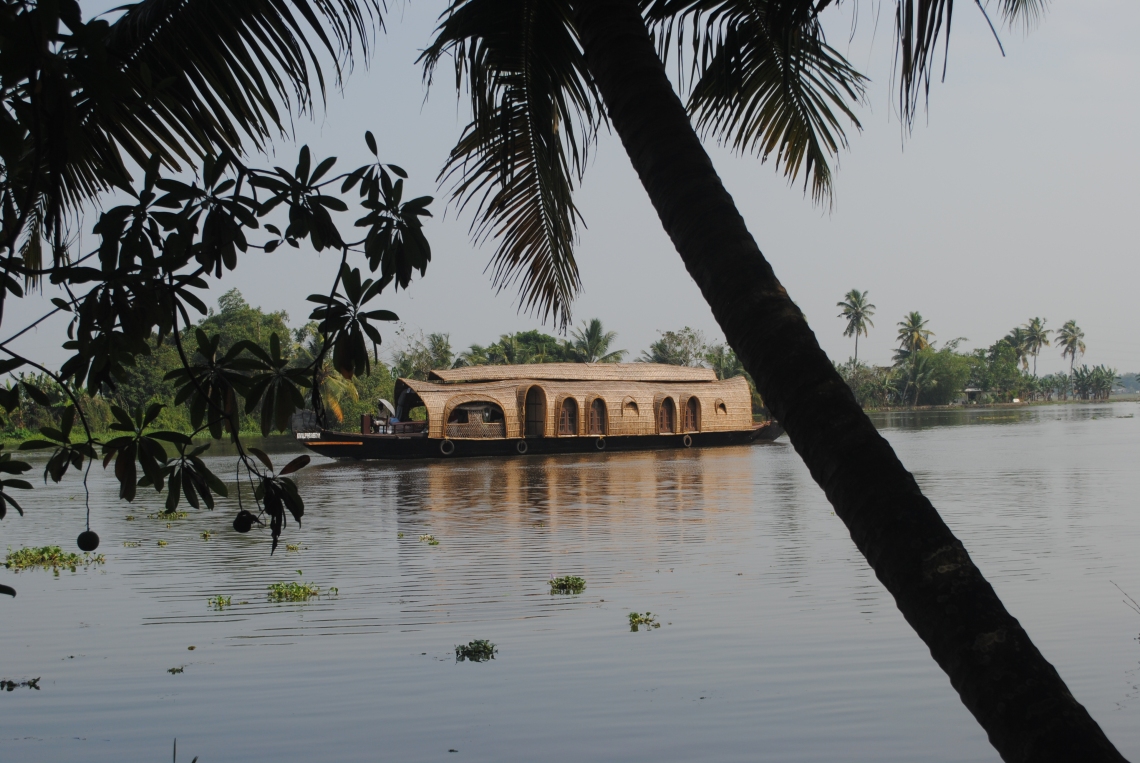 Leave a Reply to Soil and Thread Cancel reply