The moment we hit the roads of Goa we felt we had entered a new country. The landscape, the people, and the architecture were all different than northern India. Because the state used to be occupied by the Portuguese (from 1510 – 1961), the very traditions, religions, and even the laws vary greatly from the rest of India. About one quarter of the people are Christian (compared to just 2% in the other states) which meant among other things, that we saw lots of churches and crosses, and beef and beer were widely available. The weather was steamier and the land more lush, with dense tropical forests running as far as the eye could see. 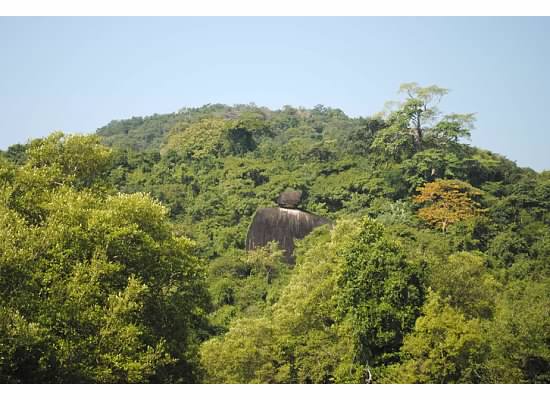 We found a cheap palm thatched beach bungalow to call home in Palolem, right on a small crescent shaped beach fringed by coconut trees. In between lazily reading in our front porch hammock and wading in the Arabian Sea, we indulged in Goan dishes like xacuti, king fish, calamari, and sticky sweet bebinka cake. We kayaked in the ocean, saw langur monkeys on the appropriately named, “Monkey Island”, and took a pole-powered boat tour of tidal fed mangroves that are only accessible at high tide. I saw my first kingfisher bird and fell in love with their bright, bright colors and skill for catching fish, despite their diminutive size. To really embrace beach time, we took off our watches and lived only by the sun and tide. And each night as sunset approached we picked out the most welcoming spot for dinner on the sand and watched as the sun melted the sky , the clouds, the sea, and the sand into a dewy shade of champagne pink. 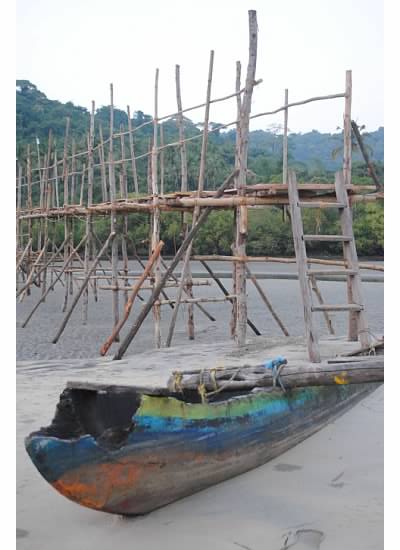 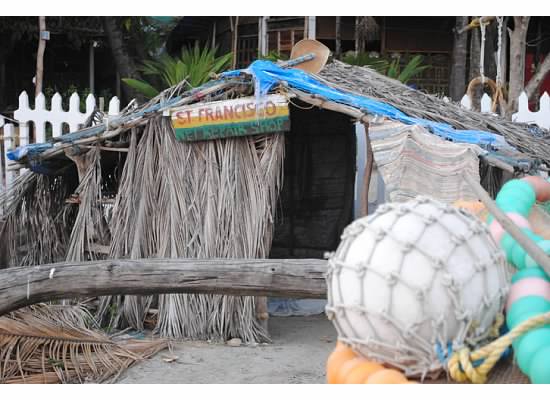 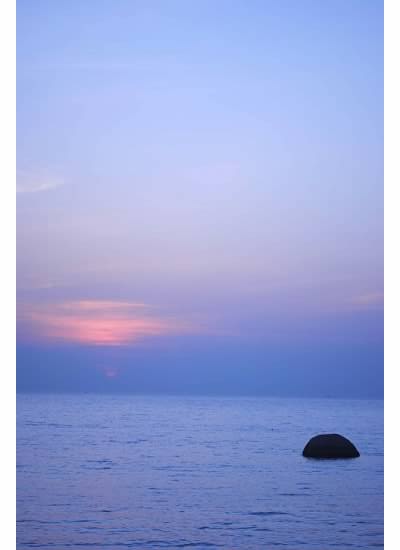 A week later we were ecstatic to pick my brother up from the Goan airport and share the beach paradise we found with him. He was the first person from home we’d seen in almost 4 months and it was fabulous hearing all of his stories, and making many of our own! We explored beaches along the coastline, discovered whole families of starfish in the waves, watched crabs build patterns of sculpted sand, attempted epic games of kadema, and ate until our bellies almost popped. I was even so pampered as to receive a professional massage just about every day of our stay. 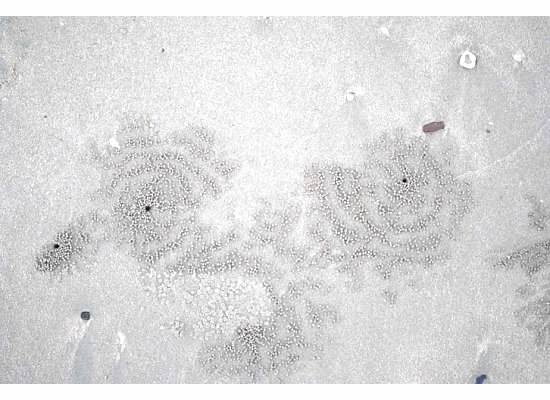 The lure of spice plantations brought us 2.5 hours deep into the jungle where we toured a 200 year old organic intercropped plantation, where plants of various families live side by side in a more natural and healthy arrangement. We learned how a wide variety of spices grow and at each plant we were asked to touch, crumple leaves, taste seeds, or smell bark and guess the correlating spice. Some were obvious upon inspection (cinnamon); others were near impossible (turmeric). We saw black pepper, lemon grass, clove, ginger, nutmeg, cardamom, vanilla, bird’s eye chili, curry leaves and more. We even swung Tarzan style on the aerial roots of a Banyan tree over a pit of growing ginger. That afternoon we ate a traditional Goan lunch prepared on the plantation using the food and spices grown there. 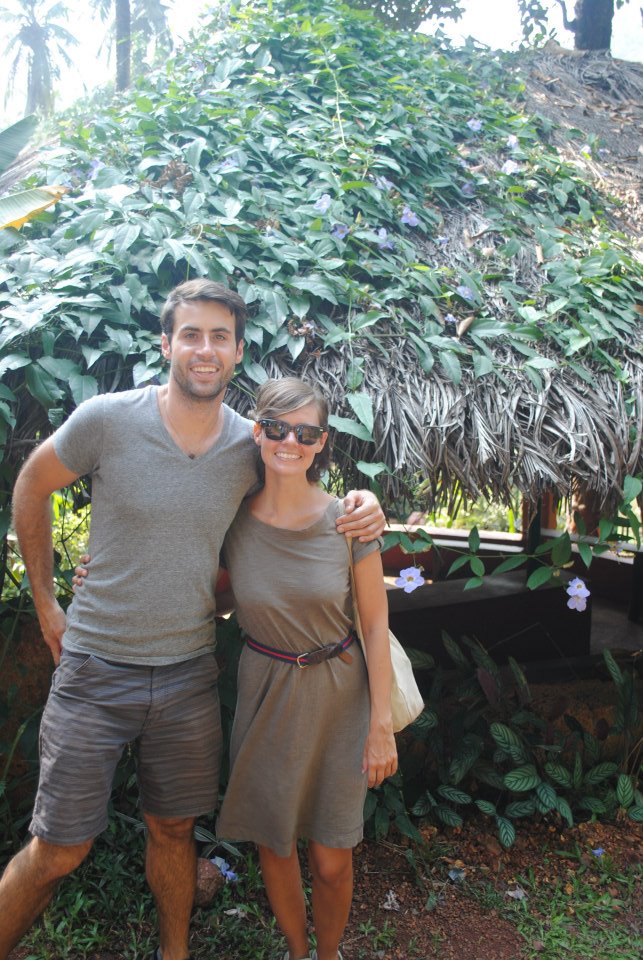 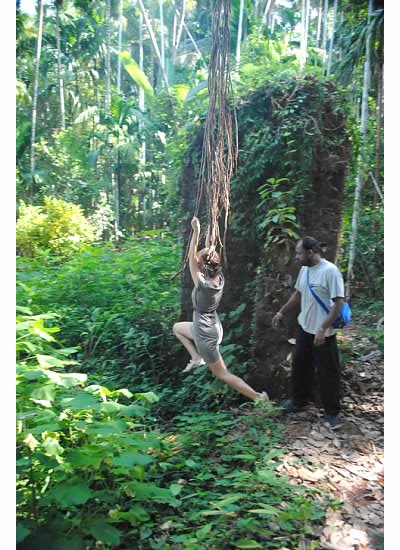 In preparation for Thanksgiving, which was the very next day, we found a shop that sold black and white paper; and as the sun was beginning to set on Goa Thanksgiving day, we crafted three simple pilgrim outfits replete with buckled pilgrim hats, white cuffs, and puritanical collars to honor the day. Walking out of our beach hut onto the populated sands we got many a question, even more stares, and lots of laughter. After explaining the feastly holiday, we climbed to our own Plymouth Rock and no sooner had we arrived than a group of high-spirited Indians joined us, and as Pilgrims and Indians we completed the vision Christopher Columbus himself had had so many years ago before stumbling upon North America. 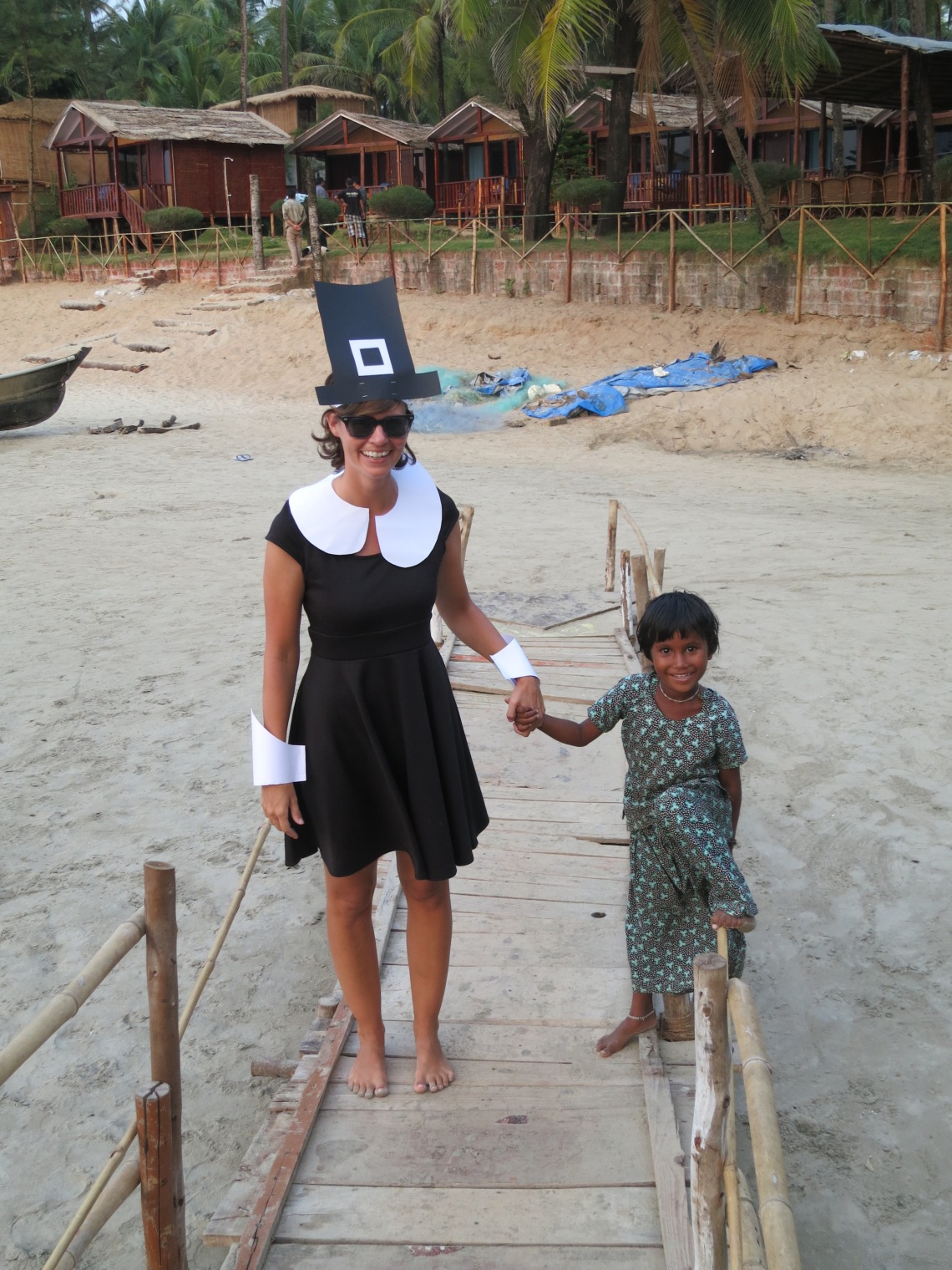 After bidding my brother farewell, we had a few more days on the beach and decided it was high time we look for our next books to read. We walked into town, checked out a few shops, and were then stopped dead in our tracks by a stranger stamped with a five o’clock shadow and artistic air. He said he was a freelance photographer/videographer working on a big advertising assignment and that he was looking to shoot a young couple – would we be interested? He continued that the photoshoot would require us to go canyoning through the Indian jungle and that of course, he would cover all of the expenses. Just days earlier, Lee and my brother Nicholas had actually gone canyoning with the same outdoor experience company the photographer was now proposing for the shoot. So with that coincidence and the excitement of an adventure too good to pass up just falling into our laps, we whole-heartedly agreed. By 7am the next morning we were squeezing into wetsuits and listening to precautionary tales of what to do and what not to do while in the wilderness. It took us an hour and a half of winding through the back roads of the jungle to reach our starting point. Gripping the limbs of outstretched trees we hustled in a hike to our final destination past sliding rock hills and overgrown trails. When we reached the 24 foot waterfall Lee and I were to jump off of, it was only the most intimidating precipice I’d ever seen. With no phone, no safety cable, and no fear (okay scratch the last one), we were to gingerly step out on the wet slime covered rock jutting over the waterfall so we could see exactly where we needed to jump.  Too far to the left and we’d hit sharp edged rocks, too far to the right and we’d hit sharper edged rocks and be pummeled by the forceful waterfall, too close to the jumping point and likewise, we’d hit rocks. And to make things just a little more exciting, if we did not swim to the left immediately after hitting the water, we risked being whisked away with the gushing water down the next waterfall just 10 feet away and 165 feet high. The butterflies in my stomach were soaring, but with starlet determination and unwavering trust, I jumped. We then jumped two more times, climbing back up to the heights of the ledge pulling ourselves up on harnesses over the monstrous waterfall.

When the ad campaign airs, there is no doubt in my mind that our thoughts and emotions will be written all over our faces: carpe diem! 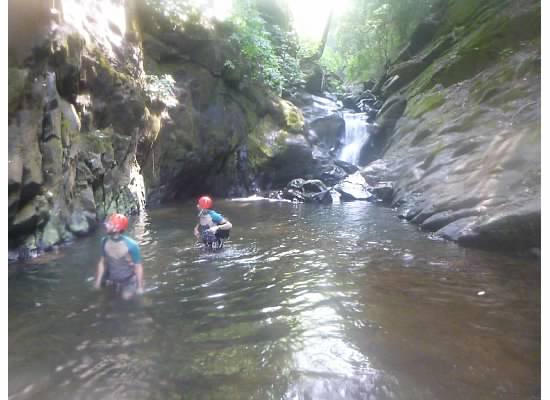