Slipping back into city life after the farm was a bit of a jolt! We resumed our hostel sleeping in a colorful, noisy section of Athens just two blocks from the meat and fish markets. The markets themselves had even more hustle & bustle than the city streets. Hordes of people calling out advertisements and orders, butchers chopping wildly and running through the crowds with their bloodied aprons, with all types of meat and sea life hanging from above. We skipped ordering the fresh/raw meat, and headed out instead for more souvlaki. 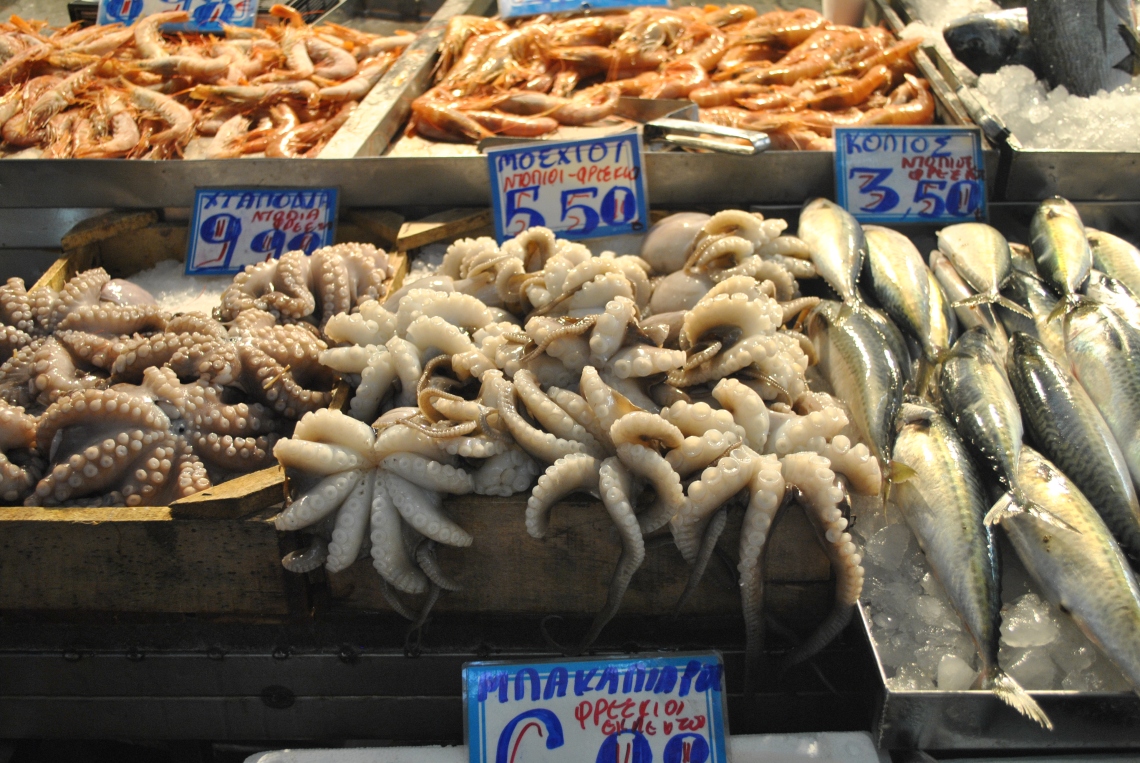 From the main square of Monastiraki we could see The Acropolis jutting self-assuredly at the top of the city’s hill. Additional ancient ruins stood frozen in time beneath The Acropolis and as we passed each one on our way to see the main attraction, we became more excited. 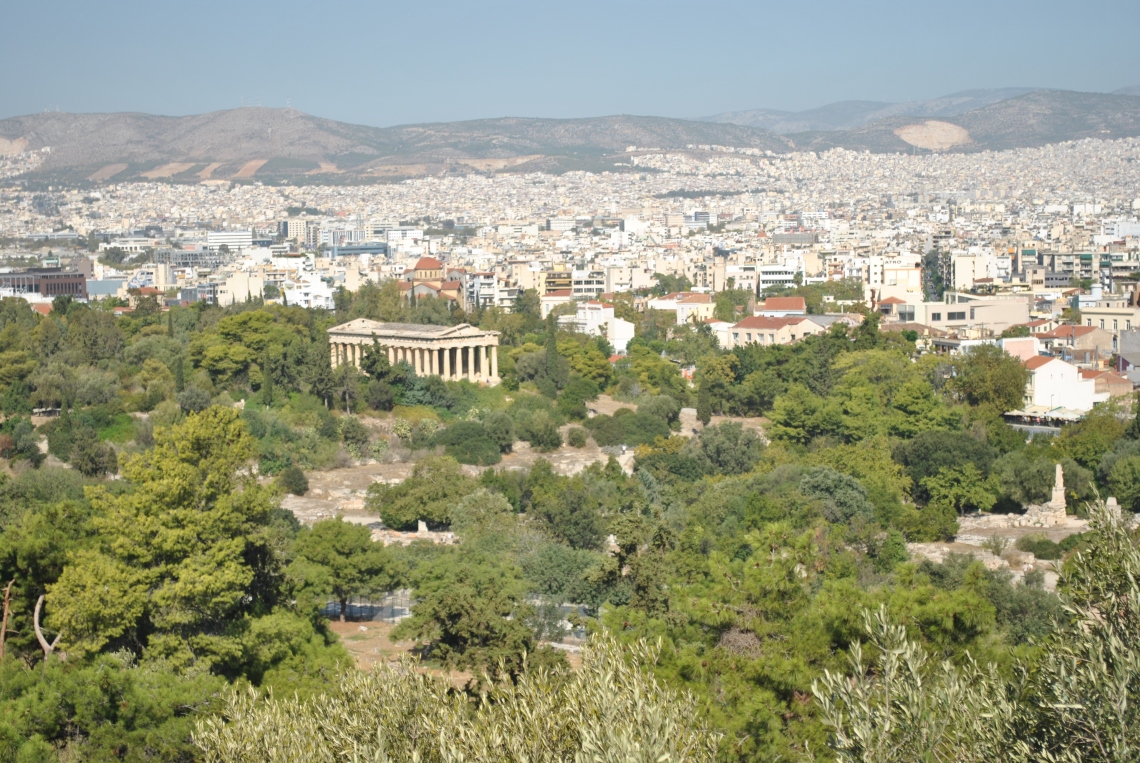 The remaining structures at The Acropolis are a sight to behold, and although standing on The Acropolis felt different than I had imagined (perhaps due to the very large crowds making the site itself seem smaller), it was incredible to see the structures that our first democratic society lived amongst and built ideals upon.

We also went to The Museum of The Acropolis, which housed many of the sculptures from The Parthenon and had several informative short films. It was so neat to be able to place some of the sculptures in my mind’s eye where they had been missing earlier in the day, and of course seeing all of the detailed carving work was incredible.

By great chance, Max from the farm was in Athens with his girlfriend, so each night we met up, swapped stories of the day, and reminisced over farm and home life. We drank Greek wine, listened to live traditional music, saw traditional Greek dancing, and dined rooftop with views to The Acropolis bathing in soft yellow spotlights and the glow of a full moon.